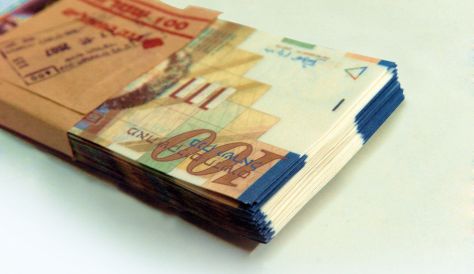 It appears that Bank of Israel Governor Karnit Flug isn’t quite done driving down the shekel after she surprised economists by reducing the interest-rate on Monday.

After Flug cut Israel’s benchmark rate to a record low 0.1 percent on Monday, the shekel plunged the most in a month to 3.914 per dollar in New York, surprising 20 out of 23 economists. This move was made in an effort to help reverse a five-month-long slide in consumer prices that has many people worried the economy may be suffering from deflation.

Economists said that with interest-rate cuts almost exhausted, Flug may increase intervention in foreign-exchange markets or begin buying bonds through so-called quantitative easing to encourage lower interest rates. The interest rate cut was the latest in a series of central bank surprises from Switzerland to Australia as policy makers try to ward off deflation and weaken their currencies to fuel export-driven economic growth.

Shlomo Maoz, chief economist at S.M. Tel Aviv Investments Ltd, and one of the three to correctly forecast a rate cut, said: “we are in the middle of a global currency war in which Israel cannot allow itself to lose its global competitiveness. The Bank of Israel will not allow an appreciation of the shekel until the world economy will rebalance, hopefully in 2016, once the U.S. economy will draw the world economy higher.”

While the shekel weakened by about 9 percent against a basket of currencies between July and December, it has made up for some of those losses since then. The currency lost 1.4% of its value against the dollar last Monday, which was the third-biggest decline among 31 major currencies. It depreciated 1.1 percent to 3.9546 at 4:15 p.m. in Tel Aviv on Tuesday.

Since 2011, Israel’s central bank has reduced rates 13 times in an attempt to help boost growth. It has also bought foreign currency to weaken the shekel and make exports more competitive.

The Bank of Israel has signaled that it’s ready to follow the U.S. Federal Reserve and European Central Bank in using other instruments to stimulate the economy. On Monday, the BOI said that it will “examine the need to use various tools to achieve its objectives,” echoing comments made in December when it said “unconventional tools” may be required.

Israel’s expansion of 2.9 percent has been the weakest since 2009, and the country has experienced several months of deflation, with consumer prices falling 0.5 percent in the 12 months through January. The bank said its latest cut aims to return inflation rate to its 1% to 3% target range within a year as well as supporting growth while maintaining financial stability.